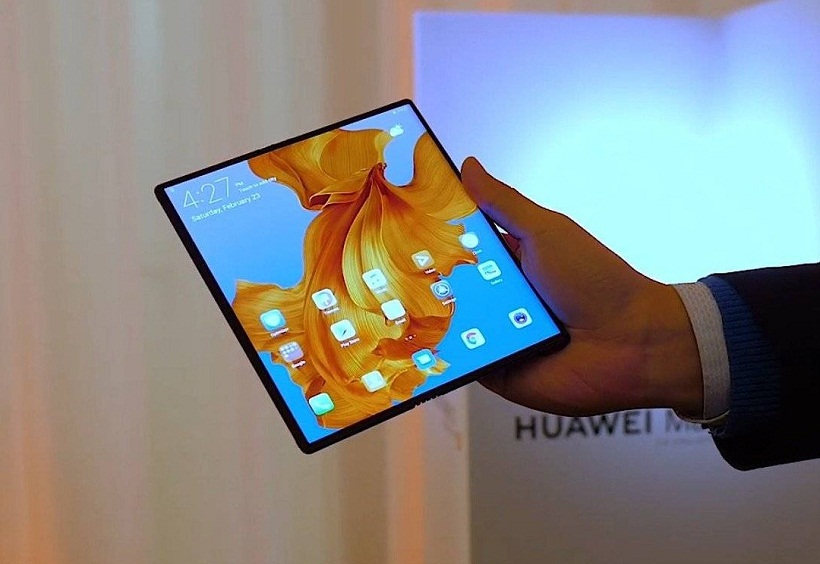 With the technology booming at a fast pace, foldable phones which were once an idea has now been conceptualised into reality. Their shocking technology with a completely new design has made these bendable devices most covetable. With technology limitations being weeded out, the mountainous task is now to make these phones affordable.  Huawei seems to be thinking on these lines and is looking towards launching a foldable phone under 1000 euros.  This becoming a reality is not too far.

Presently, only a few companies have ventured into this domain. Huawei’s Mate X is one foldable device which costs a whopping 2300 euros. The higher cost is because of the display and hinge which are expensive. But as smartphones which were sold as a premium product once, is now pushed to middle price range; similar efforts are being made to make the foldable phones under the loop of an affordable segment.

Huawei backs strongly on network infrastructure, software and hardware safety. The company strongly pays heed to safety and technology. It is working earnestly to make affordable foldable phones a reality. The Chinese company's foldable phone plan is making efforts to cater to a wider audience in the longer run. Foldable device and high-end specs certainly make the phone highly expensive, but with Huawei hinting to working towards making them under 1000 euros range will be a dream come true for many mobile enthusiasts and tech freaks.

However, there are still many hurdles which need to be overtaken before the foldable phones which are easy on pocket become a reality. Several factors come into play, from thorough research, market study to development of affordable technological advancements. The market is waiting for the launch of bendable phones with superior specs with open arms. 5G network, wide-angle cameras, wireless charging are all amalgamated beautifully into these foldable phones.

Huawei’s making efforts day and night to overcome the technology latch which is causing the price to touch skies. Hinge plays a very significant role in making these devices and even after rigorous research and development over 3 years, the company has still not come up with cheaper options. The R&D is still going strong and with Huawei hinting strongly to come up with a foldable phone under 1000 euros range, there must have been some truth lingering.

With claims being strong, it is certainly a thing of the near future that foldable phones will be available in the mid-range section to cater to one and all.

Get the best deals on various Huawei Handsets: