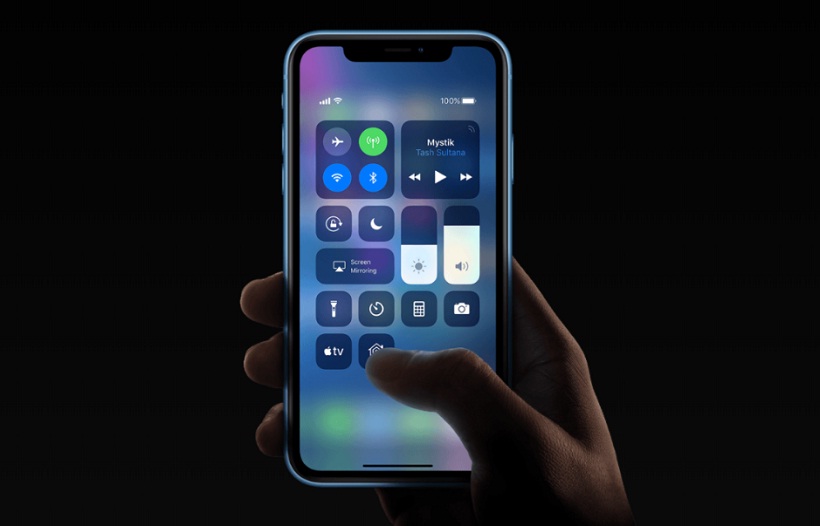 After the release of iPhone X series, Apple is yet again all set to launch another coveted phone with iPhone 11. From design to specifications, mobile enthusiasts are speculating every little detail of the phone. Expectations are high this time as according to the previous forecast, Apple isn’t selling as many iPhones and thus it has to wow everyone to stay competitive.

The most popular leak is going around the back of the iPhone 11 which looks a lot better than before. A render of a possible prototype for the upcoming iPhone 11 displaying a triple-camera setup set in a square mounting with glass back. Another prototype has a triple-lens camera in the left corner. That would be more in line with where Apple currently places the camera.

The iPhone 11's camera could be designed for underwater photography.

The schematics suggest that three new iPhone models are in the works – successors to the iPhone XS, iPhone XS Max and iPhone XR.

Another leak suggests that the highest-end iPhone 2019 (which we'll call the iPhone 11 Max for now) will have three rear cameras, while the other two handsets will have dual-lens cameras and that the iPhone XR successor will stick with an LCD screen.

It is also being speculated that iPhone 11 will have a 5.8-inch display, similar to iPhone XS, but with smaller bezels, and that it won't support 5G. However, it will be backed by a 4,000mAh battery. The sources expect space grey, gold, silver and blue colours. It might have two-way wireless charging, allowing you to use the iPhone 11 as a charging mat for other devices.

A patent suggests, the iPhone 11 could have sub-epidermal scanning to unlock, in which the front camera would scan the veins and blood vessels in your face using IR to make sure it's actually you unlocking the phone.

The iPhone 11 will be launched in September 2019. Though the official dates have not yet released. However, as per predictions, they shall be as followed:

Even though there is no confirmation, but is surely going to cost a bomb. iPhone 11 price is likely to start around $999 (£999, AU$1,579) similar to how the iPhone X series was priced. However, with news of Apple isn’t selling as many iPhones in its previous forecast, there may be a chance that iPhone 11 will offer a more affordable price- but a price freeze instead of reduction could be Apple’s move.

The Mid of September will rest all speculations at peace when all the factual will be revealed. One can only wait until then.

Get the best iPhone deals on different varients: