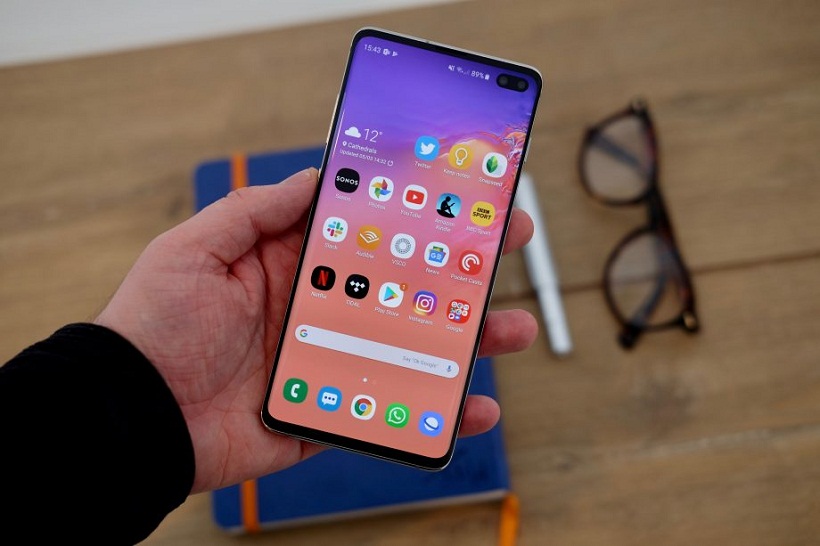 Samsung Galaxy S10 Plus is the flagship smartphone which had many mobile freaks waiting. Being the tenth generation model of Samsung’s Galaxy series, the phone held high expectations. And the phone has certainly stood up to them. There is a lot to like about it and a little to dislike.

The face of the phone is new, but the back holds a resemblance to its predecessor. The frame is aluminium and the front and back are covered with smooth Gorilla Glass 6 with curved glasses at the edges. It is available in Prism White, blue and black colour. The device is dust and water resistant.

The Galaxy S10 Plus 6.4 inches screen boasts a 1440 x 3040 QHD+ resolution, with a tall 19:9 aspect ratio. It has a pin-sharp 526ppi pixel density which ensures a highly detailed display. The FHD+ screen adapts to higher settings when 4K movie or graphics of a heavy game is loaded. The display is not completely bezel-less as it has some black area at the top and bottom of the screen. But it has elegantly curved edges, letting pixels stretch over both the edges.

The phone measures 157.6 x 74.1 x 7.8mm and is thinner, lighter, a little shorter and wider than S9 plus. This sleek design makes it extremely slippery to hold. It is advisable to use the plastic case which comes along with the box for added protection without disturbing the feel and looks of the phone.

The left side of the phone has a volume rocker and Bixby button which gives immediate access to Samsung’s assistant. Despite the sleek body, the phone has a 3.5mm jack which is placed right next to the USB Type-C port at the bottom.

The Samsung Galaxy S10 Plus has a triple camera setup with top-notch hardware comprising a 12MP normal lens, a 12MP telephoto lens with optical zoom and a new and most interesting 16MP ultra-wide angle lens. The only flaw in the camera setup is the way it behaves indoors. Autofocus and shutter speed are excellent and lets one take clear and detailed images while sitting in a fast moving car.

The phone must be ‘handle with extreme care’ because if damaged, it will going to cost you a bomb.

Overall, Samsung Galaxy S10 Plus is powerful and packed with features. Though the features aren’t extraordinary However, the wide-angle lens, display, bigger battery and seamless performance makes it one coveted phone. Apart from the underwhelming low light camera performance and sky-touching price, there is nothing which stops this phone from being the all-rounder Android smartphone.